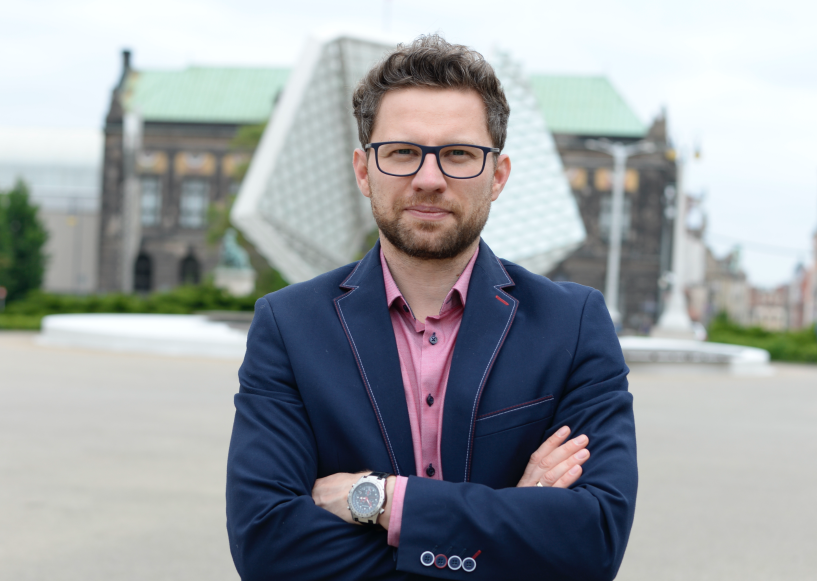 Send a message or call 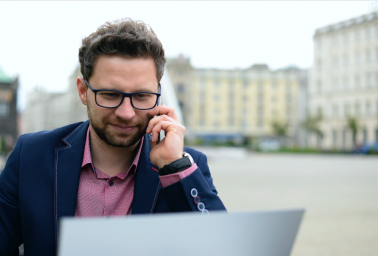 Paweł set up the Poznań office in one of the city’s most significant locations, headhunted & hired a team of experts (designers, front/back developers, sales), ensured accountancy & legal advisory, and established vibrant cooperation with student societies at Poznań University of Technology.

„One of the most reliable and hard-working manager, I have ever worked with. Highly responsible and dedicated professional with great ability to make decision in very challenging environment. Thanks to him, I have learned a lot about leadership, risk management and operations”

„With a background in Risk Management in different countries, Pawel as a leader in OSTC Iberia exhibited strong interpersonal skills and hard work discipline. These qualities most notably translated into his ability to motivate a team to care about its project and be invested in the project’s success. Pawel was the go-to person for conflict resolution and problem solving, he knew how to manage conflicts around the trading floor even if the atmosphere was really tense. Pawel’s positive attitude and the respect others feel toward him were palpable”

"Pawel is a very competitive and business minded person. He is very goal-oriented and tries to get the maximum out of every colleague. It was a pleasure working with him and I'm sure he will be a great addition to any company."

"I had the pleasure of working with Pawel for some time. Pawel’s ability to juggle multiple projects was unlike any I’ve seen before and made a significant difference in the productivity level of our team. He was for sure one of the most reliable and hard-working managers I have ever worked with. What I liked in him the most was his positive energy and his professionalism"

"Paweł is a very good manager who is able to adjust his managerial skills to whatever situation that he can encounter. He has very good contact with his employees as well as supervisors. When Paweł worked in Polish branch of OSTC I had the pleasure to be in contact with him very often, his support and good advice to me were highly appreciated ( our offices were at a bit different level back then). He also proved to be an excellent problem solver and a person who likes challenges - as a very young manager he took on his shoulders responsibility to be a country manager in foreign country. I have no hesitation in recommending him and I hope that I will have a chance to work with people like Paweł in the future. "

Paweł Hojcz has over 12 years of hands-on experience in operational management. He began his career as a Junior Operations Manager to London-based futures market liquidity provider in their Poznań office in 2008. Due to personal performance and office success, he was quickly promoted to Operations Manager, he had served in the company’s Poznań office until 2011. At the beginning of 2011, Paweł was promoted to Head of Operations at the company’s Spain & Portugal branch in the Iberian Peninsula. Paweł’s responsibility was to carry out acquisition of existing offices in Madrid, Seville and Lisbon at the operational level and transform an acquired entity into the company’s branch. Under Paweł’s leadership, the organization had rapidly grown in all 3 locations and became leading proprietary trading firm in the Peninsula as well as partner to the most prestigious universities in these designated areas.

After completing his Iberian mission, Paweł returned to Poland and founded his own consultancy business, successfully advising as an interim manager to companies from various industries. From mid-2014 to mid-2015, Paweł served the private investments firm. Starting in mid-2015, Paweł cooperated as an International Project Manager to one of the high-tech start-ups in Poznań, where he operated in the area of LED walls technology, and dealt with projects in the Netherlands, UK, and Scandinavia. In early 2016 Paweł’s hands-on experience ad multitasking skills were noticed by San Francisco-based fin-tech company, which led to having him hired for setting up a fully operational business in Poznań, Poland. The task was completed after 12 months, with an office in the heart of the city, recruited staff, cooperation with Poznań University of Technology, and a brand awareness campaign in local media ( including event participation in the rapidly growing gaming industry). In mid-2017, Paweł joined the dynamic and expanding full-service marketing agency with international aspirations. Since then, Paweł has developed fully operational branches in various international locations (Prague, Budapest & Kiev), hired top marketing experts, acquired clients, and led teams to win industry awards. 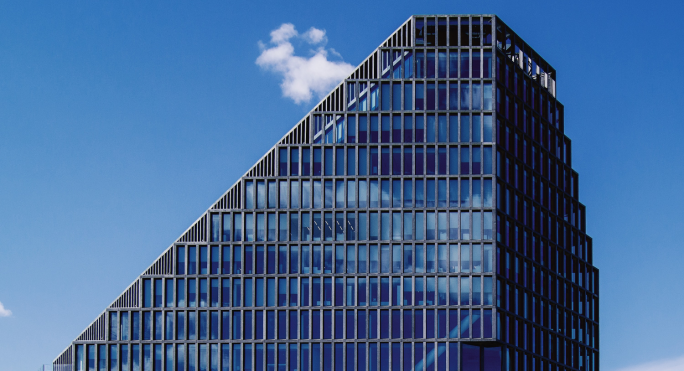 Paweł set up the Poznań office in one of the city’s most significant locations, headhunted & hired a team of experts (designers, front/back developers, sales), ensured accountancy & legal advisory, and established vibrant cooperation with student societies at Poznań University of Technology. 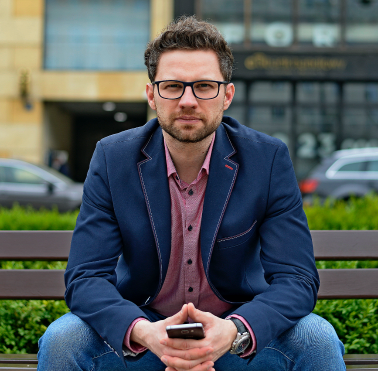 Before starting his professional career, Paweł graduated with a BSc in marketing management in 2007, an MSc in corporate & finance management in 2009, and then underwent post-graduate project management studies in 2010 – all at Poznan School of Banking. Paweł is qualified in project management, holding an IPMA-D certificate (2017) and a digital marketing DIMAQ certificate (2019). Native-Polish, speaks English and Spanish fluently. Interested in macro-economics, business cultures & negotiation and management techniques. A husband and father, enjoys spending his spare time with his family and friends (and cooking for them!), amateur player of various sports.

Since 2017, as an International Development Manager, Paweł has advised on directions and international growth and development in 3 overseas branches of his client – in 4 overseas branches of his client - in Prague office for Czechia & Slovakia, in Budapest for Hungary, Bucharest for Romania and Kyiv for Ukraine. At the operational level, Paweł deals with business development (inbound and outbound), acquisition of clients, client service, employer’s branding, employee’s advocacy, recruitment processes, finance & budgeting (including research of outside funding options: EU funds, COVID-19 government support/EU anti-crisis Recovery Plan) business negotiations, communication strategy and multi-national team management. Closely cooperating with the board of directors of the company and its founder, Paweł continues to part in a strategic planning and ongoing growth of the organization in Central Europe.

For one-year (2016 – 2017) Paweł was contracted by a San Francisco-based fin tech company. In close cooperation with the client’s CEO, Pawel set up the Poznan office in one of the city’s most strategic locations. Among the many responsibilities, he hired expert teams in the IT and sales management fields, implemented business development methods, managed accounts in accordance with company’s requirements, as well as cooperated with student groups and professors at Poznan University of Technology. One of the goals was to create a successful branding campaign in the city – marketing action in the city’s public transportation, through series of the PR events & fairs, during which Paweł represented the client in many business talks and negotiations. Paweł’s hands-on business & project management experience was actively implemented in various ways – during multiple training sessions (Lisbon, Berlin), trade shows (Cologne), PR (Poznań, Cologne), co-organizing and sponsoring gaming events (Poznań’s UofT) and public speaking.

In 2014 – 2015, Paweł used his unique knowledge gained in the financial markets to develop the Poznań branch for its client – a financial start – up. He worked hard to support the organization in recruiting staff, running brand awareness activities as well as meeting with private investors. Subsequently hired by LED walls start-up as an International Project Advisor, he gained extensive experience working in project management, tender processes, co-creating a line of luxury products, and representing the company against the third parties (business negotiations, client service) and organizing an exhibition at trade show in Amsterdam.

As a Head of Operations in Spain and Portugal (2011 – 2013), Paweł was responsible for merger at the operational level with the other proprietary trading company. His extensive work could be seen in the areas of risk management, financial trading, portfolio management, coaching, recruitment for management roles, infrastructure expansion, and university cooperation. Paweł is especially proud of giving work opportunities to nearly 30 university graduates who received training in the company’s unique trading program (including macro-economics and its impact on financial markets, trading strategies – theory & practice).

As an Operations Manager (2008 – 2011), Paweł was a co-leader in staff management and performance for a team of 35 traders (energy commodities, including natural gas, crude oil, financial futures). Among his responsibilities were also risk management recruitment and trainings, control of trading statements, cooperation with third parties – clearing company and universities.

Please note that below prices are approximate and exclude administrative fees. Legal advisory, accountancy and external funds raising services may be outsourced (to mutually agreed parties). All prices excluding VAT.

monthly fee, up to 3-month consultancy 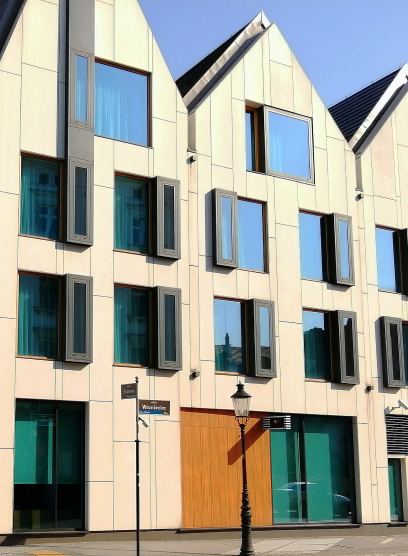 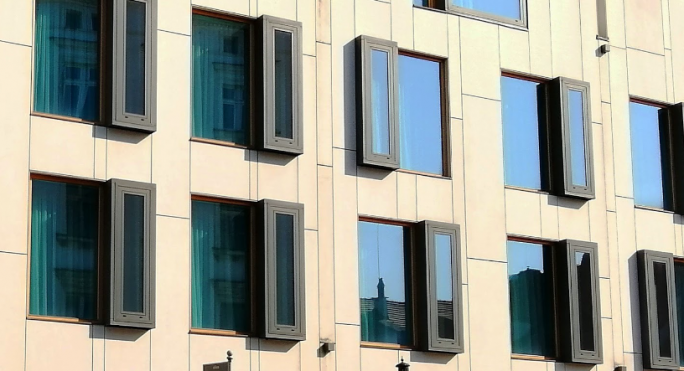 Alternative to The Big-4 type consultancy

- we are similar people

This website stores cookies on your computer. These cookies are used to collect information about how you interact with our website and allow us to remember you. We use this information in order to improve and customize your browsing experience and for analytics and metrics about our visitors both on this website and other media. To find out more about the cookies we use, see our Privacy Policy.OkPrivacy policy